The Red Devils have won the Europa League last time they were in it, back in the 2016/17 campaign. Their first-ever trophy in the second-strongest continental competition was the key for a place in the following term of the Champions League as Manchester United came only sixth at the end of the Premier League season back then. 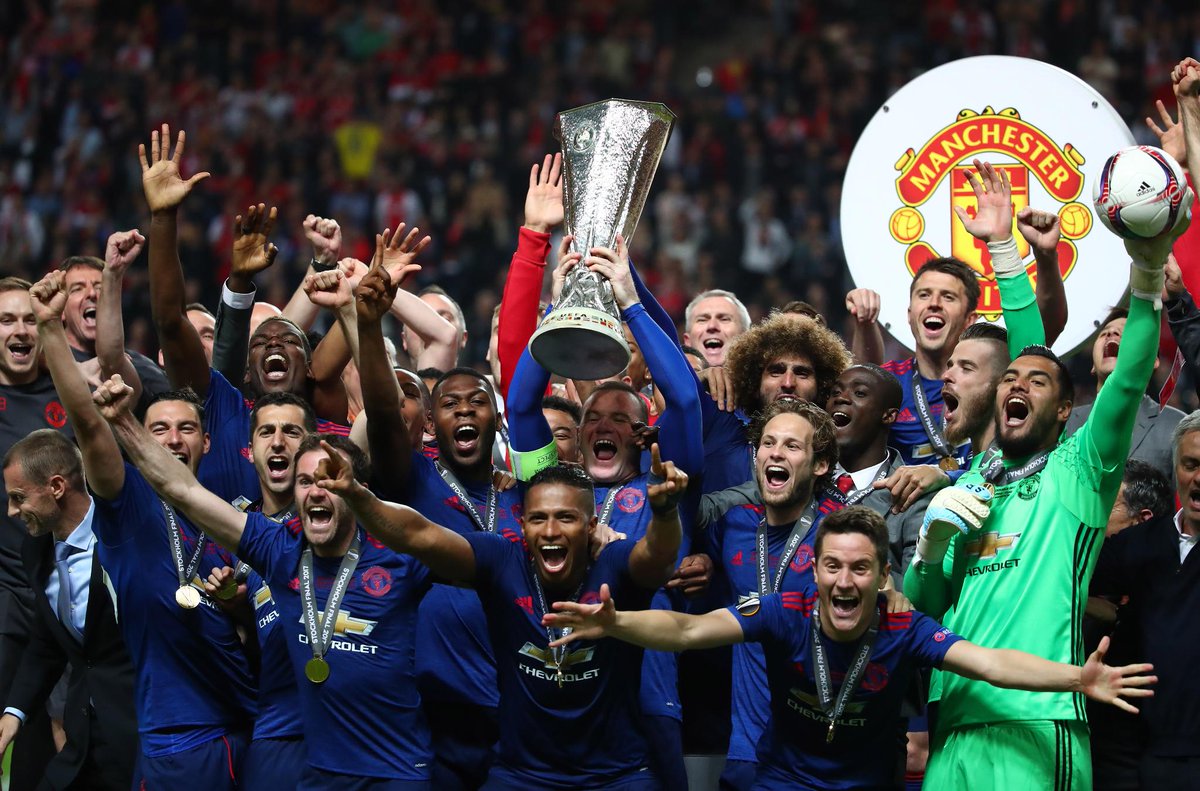 The team then led by Jose Mourinho saw off Ajax 2-0 in the final in May 2017. Luckily for their fans, the Red Devils can’t be drawn with the Amsterdam giants and the Champions League semi-finalists in the last 32 round having won their respective Europa League group.

United cruised to the top of Group L

Ole Gunnar Solskjaer rotated his squad heavily throughout the group phase, but it did not bring negative consequences. The Red Devils cruised past their rivals to win the group four points clear off AZ Alkmaar. United have been very tough to break down along the way keeping their net untouched on five occasions in six matches. They only conceded goals in their lone defeat (2-1 to Astana on Kazakhstani soil) on Matchday No 5.

Nonetheless, Manchester United showed their supremacy when they needed it most, in the last two home fixtures against Partizan Belgrade (3-0) and AZ Alkmaar (4-0). The latter win ensured they would finish atop the group ladder.

Overall, United have done well without being prolific in the final third. They scored ten goals in six group-stage matches. Solskjaer can be much more satisfied with his side’s defensive displays as the team allowed only two goals in the process.

Teenager Mason Greenwood was the one who took the biggest advantage of the opportunity to show his skills in the Europa League. He is the team’s top performer with four goals in five appearances. Two of his four goals came in the last round’s clash against AZ at the Old Trafford. Anthony Martial was the second man with more than one goal. He bagged two goals in three appearances, scoring in both home and away ties against Serbian heavyweights Partizan Belgrade.

Jesse Lingard, Juan Mata, Marcus Rashford and Ashley Young were the remaining scorers for the Red Devils. The Spanish playmaker contributed to the team’s success with a couple of assists as well. We can clearly expect to see the likes of Rashford, Martial and Mata much more in action in the knockout phases, while Greenwood may have bought some extra minutes in both the Premier League and Europa League in the remaining part of the season as well.

The top spot finish in the group has put Manchester United in the pot with seeded teams. All group winners (12) plus four best teams that finished third in their respective Champions League groups (Ajax, Inter Milan, Salzburg and Benfica) are seeded and can’t come across each other in the last 32 round. Nevertheless, the draw gets wide open from the last 16 round.

Do Manchester United have what it takes to go all the way once again? We have asked some experts at a leading UK betting tips site.

‘The Europa League silverware may likely be the team’s main ticket for the Champions League as the Red Devils will find it tougher to finish the Premier League inside the top four in the standings. The top three positions look to be reserved for Liverpool, Leicester City and Manchester City, while Solskjaer’s troops need to battle the likes of Chelsea and Mourinho’s Tottenham Hotspur for the remaining fourth spot.

Winning the Europa League looks to be an easier way even though there are several high-profile clubs there as well. Ajax and Salzburg have both enjoyed strong runs in the Champions League and these are the two teams Manchester United will hope to avoid en route to the potential final. We can’t underestimate the likes of Sevilla, Porto, Roma, Celtic, Rangers, Arsenal and Wolves who are all through to the knockout phase of the competition.’ said editor bettingtips4you.com editor in chief John Pentin.

We can easily draw a parallel between Manchester United’s runs in the group phase three years ago and now. They also won four of six matches back then and they also suffered a 2-1 loss on the road on (only on Matchday No 4, though) on the occasion.

We have to say Jose Mourinho had luck with the draw as United had to eliminate the likes of Saint-Etienne, Rostov, Anderlecht and Celta Vigo en route to the final with Ajax. There are many more dangerous teams in the draw this time around. Anyhow, we can’t wait for February and the continuation of the Red Devils’ Europa League adventure.