Manchester United centre-back Eric Bailly has insisted that no player in entitled a regular spot under manager Jose Mourinho. 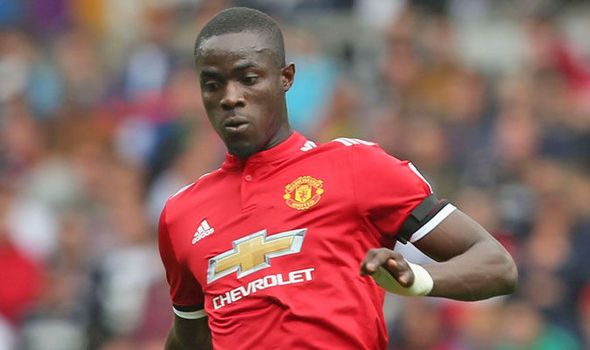 The Ivorian footballer was paired alongside Phil Jones for the first six games of the Premier League campaign before he was replaced with Chris Smalling for the Crystal Palace clash. Mourinho later termed the defender was on the bench due to ‘fatigue’ and Bailly feels he cannot take his place for granted under the Special One.

Speaking on the United Review, he said: “It’s very important for us, it’s important for the team, it’s important for the manager, and when it’s like that, there is also competition amongst ourselves, so we always have to improve because I don’t think anyone is automatically entitled to their position in that team. There’s a good relationship between Phil and me, and with the other two defenders, Victor Lindelof and Chris Smalling, even though we’ve not had the chance to play together yet.”

Bailly was one of the shining lights for Manchester United in Mourinho’s first season in-charge, and he has continued his form at the heart of the defence. Despite this, Mourinho has rotated his option in different competitions with Victor Lindelof and Chris Smalling getting valuable playing time in the League Cup and Champions League games.

Manchester United have received a fairly easier schedule when compared to their top-six rivals, and their season could kick off in the coming month where they take on the likes of Liverpool, Tottenham Hotspur and Chelsea. The Red Devils have secured six clean sheets in their seven Premier League outings this term, but this sees them just behind leaders Manchester City on goal difference.

Injuries have hampered the likes of Romelu Lukaku and Phil Jones on international duty, but Mourinho will hope to have the pair back to full fitness ahead of their trip to Anfield on October 14.