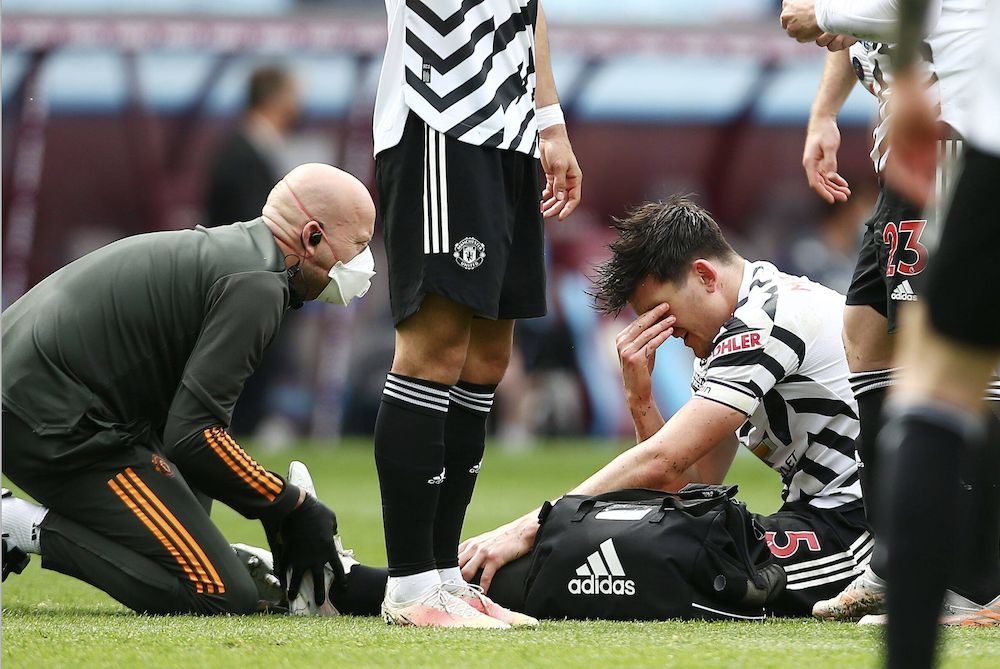 Manchester United skipper Harry Maguire is a big doubt for the Europa League final after he picked up an injury during a recent Premier League game. The England international was taken off as a result of the injury in the second half of the Aston Villa game on Sunday.

The injury to Maguire overshadowed the 3-1 win over Villa at Villa Park. Manchester United had to come from behind to win the game courtesy three second half goals. The hosts took the lead through Burkina Faso international Bertrand Traore as early as the second minute and they were able to preserve the lead for the rest of the half.

Manchester United have picked up the most points from losing position in the league this season and they showed their quality again in that regard with goals from Bruno Fernandes (penalty), Mason Greenwood and substitute EdinsonCavani.

The injury to Maguire has been a big blow to Manchester United who are without a win in the two games played since the Villa game. The team has missed the leadership qualities of the England international.

Ahead of the Liverpool game on Thursday night, Manchester United boss Ole Gunnar Solskjaer said his skippee suffered a ligament injury against Villa and won’t play again in the league. He added that they would do everything possible to get him ready to play in the Europa League final against Spanish top flight team Villarreal.