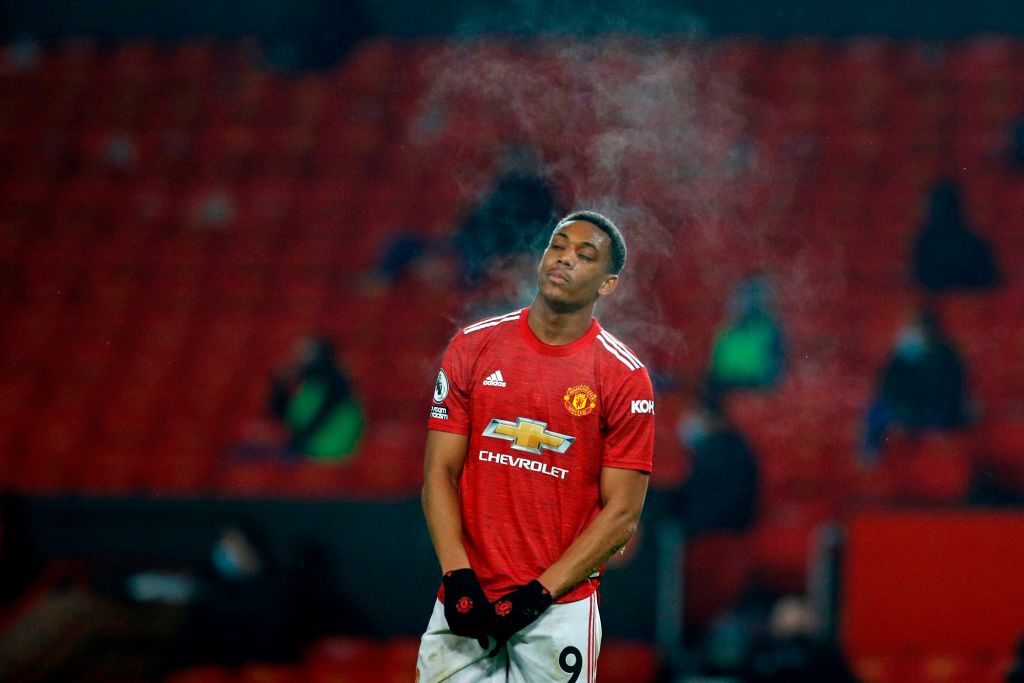 Manchester United attacker Anthony Martial won’t be leaving the club this summer despite the interest of Italian Serie A champions Inter Milan in his signature. This is according to report from Sky Sports Italia which stated that Manchester United manager Ole Gunnar Solskjaer wants to count on Martial for the new season. Solskjaer wants the Frenchman to stay at the club beyond this summer.

Inter Milan have been linked with a lot of attackers as they attempt to block the gap left by the transfer of Romelu Lukaku to Chelsea and Martial is said to be one of the names on that attacking shortlist.

Belgian international Lukaku was the main man for Inter Milan as they won the league title under former manager Antonio Conte. His performances for the Nerazzuri over the last two years convinced Chelsea to re-sign him in a £98m deal. His transfer would be the most expensive at Chelsea when he completes it. Also, the transfer would be the second most expensive after Jack Grealish who left boyhood team Aston Villa to join reigning Premier League winners Manchester City in a deal worth £100m this summer.

Inter Milan have already agreed a two-year deal with AS Roma striker Edin Dzeko and the Bosnian international is expected to become a Nerazzuri this week. In addition to the ageing Dzeko, Inter Milan want to sign a younger attacker and Manchester United star Martial is one of their options. The Nerazzuri still have Argentine international Lautaro Martinez on their books. Martinez formed a potent partnership with Lukaku in attack as Inter strolled to the league title last season.

Apart from Manchester United player Martial, the other attacking players on the Inter Milan shortlist areAtalanta star Duvan Zapata and Fiorentina player Dusan Vlahovic. With the aforementioned Red Devils’ stance on Martial, Inter might need to concentrate on Zapata and Vlahovic for the man to replace Lukaku directly.