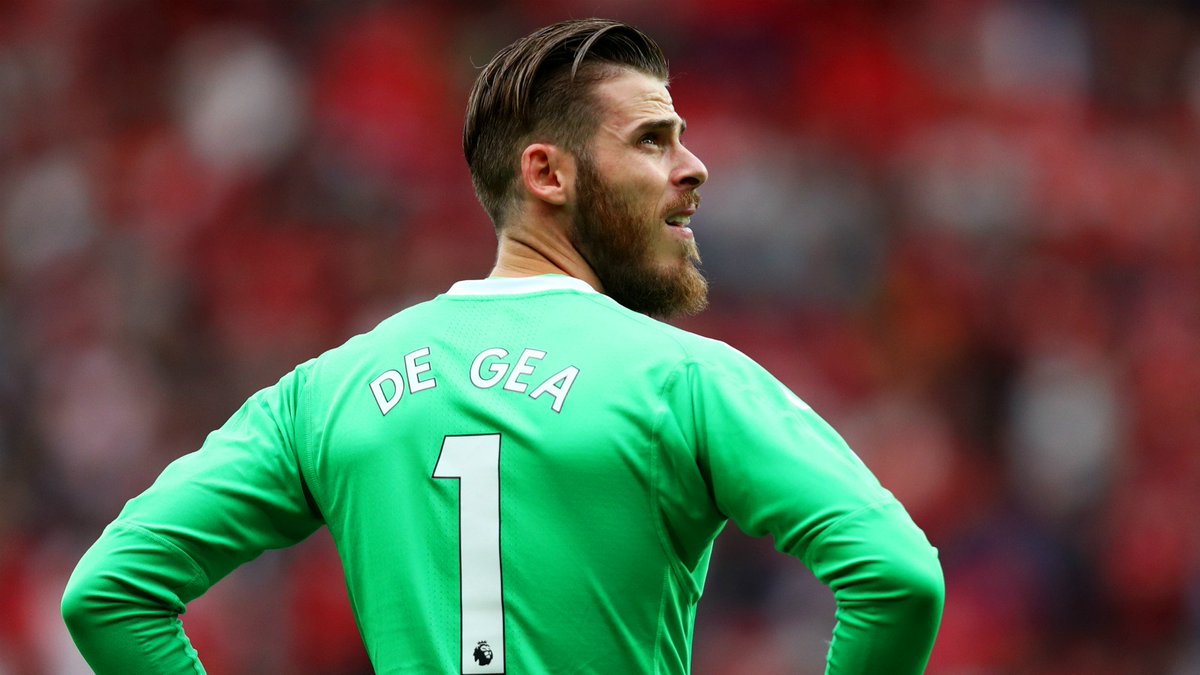 The Spaniard has been Manchester United’s most influential player over recent years, winning three Player’s player of the year awards in the last five seasons, and was the winner of the Premier League golden glove award last season, keeping 18 clean sheets. News of his contract renewal was released in the press as De Gea made the worst start possible to the World Cup, making a huge mistake in a draw with Portugal. END_OF_DOCUMENT_TOKEN_TO_BE_REPLACED

Manchester United, in need to backup their future as Rio Ferdinand and Nemanja Vidic’s career grew towards the twilight, threw their money at Chris Smalling seven years ago. Throughout his professional life the former Fulham man gave out displays that showed that he was capable of being a decent reliable defender and had potential to be up there with the very best. Smalling is known for his ability to read games, his positional sense and his penchant to start forward plays right out of the defence. However, despite all these attributes, it is safe to say that the Englishman failed to become the player with which United can build their ever wavering future on. It can be argued that the troubling post-Ferguson era would have been too much for any player to handle, but the thing is, it is in the moments of great adversities that players prove themselves the most – and the Englishman utterly failed to do so.
There is a reason each coach that joined the fray at Old Trafford since the legendary Scot’s departure has made the signing of a new centre-back his priority – the ones they met (including Smalling) simply weren’t good enough. END_OF_DOCUMENT_TOKEN_TO_BE_REPLACED

Comments Off on ON THE DEFENSIVE

United give up on De Gea?

Manchester United are willing to listen to offers for David De Gea, though not until the end of the season, ESPN reports.

The Spaniard, who signed for the Red Devils for £18.5 million pounds from Athletico Madrid in 2011, has been linked with Barcelona following the announcement that Victor Valdes will leave the club in May. END_OF_DOCUMENT_TOKEN_TO_BE_REPLACED

Following the mistake made by David De Gea that led to Clint Dempsey’s stoppage time equaliser in Sunday’s 1-1 draw at Tottenham Hotspur, Manchester United have been linked with a string of potential goalkeeping targets.

Metro have reported that Real Madrid and Spain number one Iker Casillas could make the move to Old Trafford, though a deal would not happen until the end of the season, while the Mirror suggest that the Reds will battle it out with neighbours Manchester City for Stoke City’s Asmir Begovic. END_OF_DOCUMENT_TOKEN_TO_BE_REPLACED

Having invested so much money in David de Gea last summer, there’s no doubt that there were many disappointed faces following the Spaniard’s turbulent debut campaign in British football. Bearing the above in mind, there have been plenty of questions focussed on the goalkeeper situation next term, yet United goalkeeping coach Eric Steele has now clarified everything and it appears as though de Gea still has a future at Old Trafford. END_OF_DOCUMENT_TOKEN_TO_BE_REPLACED