The signing of Zlatan Ibrahimovic despite having two potential world class strikers in the mould of Anthony Martial and Marcus Rashford re echoed the legendry stubbornness of old habits. END_OF_DOCUMENT_TOKEN_TO_BE_REPLACED

REAL MADRID AND MAN UNITED ARE MOST VALUABLE CLUBS

Posted on April 28, 2017 by index | Comments Off on REAL MADRID AND MAN UNITED ARE MOST VALUABLE CLUBS

Spanish super weight Real Madrid and Premier League giant Manchester United have been ranked the most valuable clubs in football, according to a study by one of the Big Four audit firms KPMG.

The valuations for the clubs were at least £2.5billion at the end of 2016. Both clubs were ranked ahead of La Liga champions Barcelona – though they followed closely at £2.4billion.

German champions Bayern Munich came at a distant fourth with valuation of £1.89billon. Arsenal made the top five most valuable clubs with worth of £1.45billion.

The report might be surprising to some considering that Manchester United have struggled with getting the results since the retirement of long time manager Sir Alex Ferguson in 2013.

“It’s a study that associates several criteria. These include the popularity of the clubs with their number of followers on social media, their sporting potential given the value of their players, TV rights and their ownership situation, notably the stadiums,” an analyst from KPMG explained. END_OF_DOCUMENT_TOKEN_TO_BE_REPLACED

Posted on February 7, 2017 by index | Comments Off on MOU REACTS TO LIVERPOOL DRAW 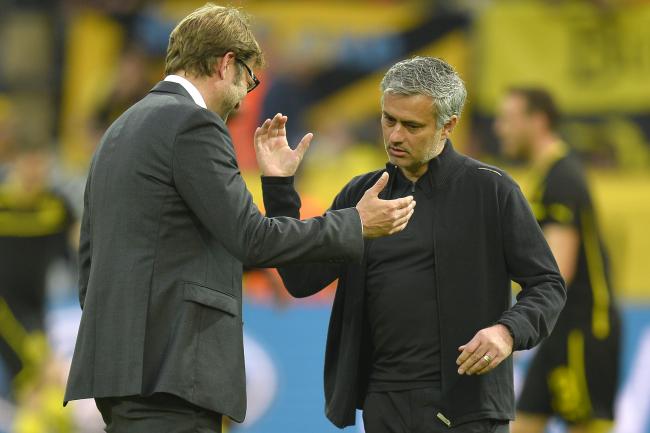 The former Real Madrid manager said even as they were losing the game, he was looking to the left as he had a problem with his neck. He said the team changed their approach to the game, that playing a more “direct” attack helped them against Liverpool. END_OF_DOCUMENT_TOKEN_TO_BE_REPLACED

Comments Off on MOU REACTS TO LIVERPOOL DRAW

Roy Keane talks about what Manchester United needs to succeed

Roy Keane used to perform with Manchester United starting from 1993 until 2005, during this period of time; the Irishman was able to win a multitude of competitions including the Premier League and the Champions League as well as a few other pieces of silverware.

According to Keane, the current squad of Manchester United is nowhere close of winning the Premier League title as the Irishman has recently talked about the current situation of his former club and what he thinks that they need to do in order to start winning competitions on a consistent basis.

“If they are going to recruit again then whatever about good players, what United need is two or three characters so on their bad days they’re able to grind out results. Chelsea will be stronger next year, Arsenal, and Man City too with their new manager. It’s not going to get any easier. I don’t think they have enough characters in that team to get them back into winning league titles.” Roy Keane said as he voiced his thoughts about what Manchester United needs in order to become one of the elite clubs of Europe. END_OF_DOCUMENT_TOKEN_TO_BE_REPLACED

Mario Gotze make a move away?

It’s been over 4 months since Mario Gotze has played from the start of a Bayern Munich match and now the future of the 23 year old German midfielder is being linked with the both Liverpool and Manchester United. Mario Gotze is considered to be one of the best youngsters in the world of football as the German player has everything that is needed to become an efficient midfielder with dribbling and play-making skills as well as having just enough speed to edge his way past defenders. END_OF_DOCUMENT_TOKEN_TO_BE_REPLACED

Louis van Gaal had to deal with a plethora of questions surrounding the poor performance of the team in the 2-0 defeat against Liverpool.

One of the biggest derbies in English football was the scene for the Europa League last 32 round. Both teams are fighting to featuring the last 16 round with United having more to lose than Liverpool. END_OF_DOCUMENT_TOKEN_TO_BE_REPLACED

Manchester United’s record signing Angel di Maria has faced intense criticism following a string of poor performances in 2015. After being an immense reason behind the fortunes of United being revived at the start of the season, di Maria’s form nosedived in the second half of the campaign. Despite having cost the club £ 60 million only last summer, several astonishing transfer rumours linking him with an exit. Paris St Germain, who are one of the few clubs with the financial muscle to afford a player like di Maria, have been rumoured to be preparing an offer.

The Argentine, though, dismissed most of the transfer rumours by saying that he will definitely be at Old Trafford next season. After being an integral part of the Real Madrid team for several years, di Maria appears to be struggling with the large number of matches required from English clubs. Across the continent, teams often have a winter break and this is not available to players in England. Instead, they have to go through a rigorous schedule of matches and this largely appears to have caused di Maria’s alarming dip in form. The Argentine already came into the club with little rest following a World Cup campaign. END_OF_DOCUMENT_TOKEN_TO_BE_REPLACED

END_OF_DOCUMENT_TOKEN_TO_BE_REPLACED

Manchester United’s ever decreasing hopes of clinching a top four spot appear to be all but over after they were easily beaten by Manchester City at Old Trafford yesterday evening.

Title favourites City took the lead inside the first minute, with Edin Dzeko turned the ball in after Samir Nasri’s initial effort came back off the post.