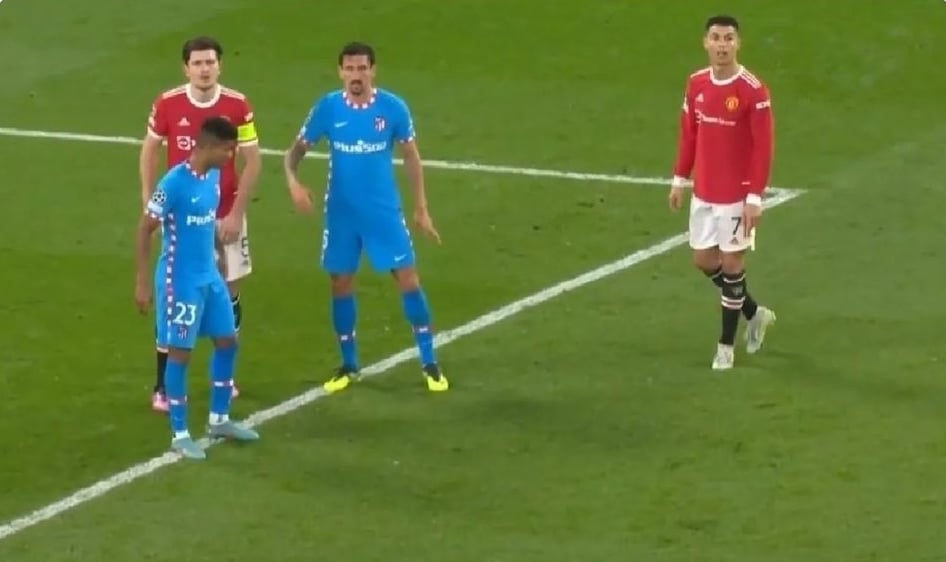 Manchester United are out of the Champions League this season after they were beaten over two legs by Spanish champions Atletico Madrid at the end of their round of 16 tie. Atletico Madrid showed their superiority over the course of the tie to book their place in the last eight of the competition at the expense of Manchester United.

Manchester United had a very good chance to progress further in the competition after their late goal in Madrid rescued a 1-1 draw at the end of their first leg clash three weeks ago. Portuguese attacker Joao Felix gave Spanish La Liga giants Atletico Madrid a first half lead in the first leg and the Spaniards could have scored more in both the first half and the second half if they were more clinical in terms of their finishing. Atletico Madrid were punished by their lack of killer instincts in front of goal when young Swedish substitute Anthony Elanga scored the equaliser for the Red Devils in the last ten minutes to put them in a better postion ahead of the second leg. In the end, Manchester United failed to take advantage of being at home in the second leg as they lost to their Spanish opponents to exit the Champions League stage for this season at least.

For the second leg, Atletico Madrid got the only goal of the game through Brazilian left-back Renan Lodi with four first half minutes left. Manchester United tried to find a reply to the goal from Lodi in the second half, but the closest they came to an equaliser was when Atletico Madrid goalkeeper Jan Oblak made a great save from a Raphael Varane header off an Alex Telles free-kick before he caught the ball on its way out for a goal kick after a Cristiano Ronaldo overhead kick from the rebound. Atletico Madrid were able seal a 2-1 aggregate win over Manchester United to move into the next round.

Atletico Madrid have now joined the likes of Liverpool, Manchester City and Bayern Munich in the Champions League quarterfinals this season.