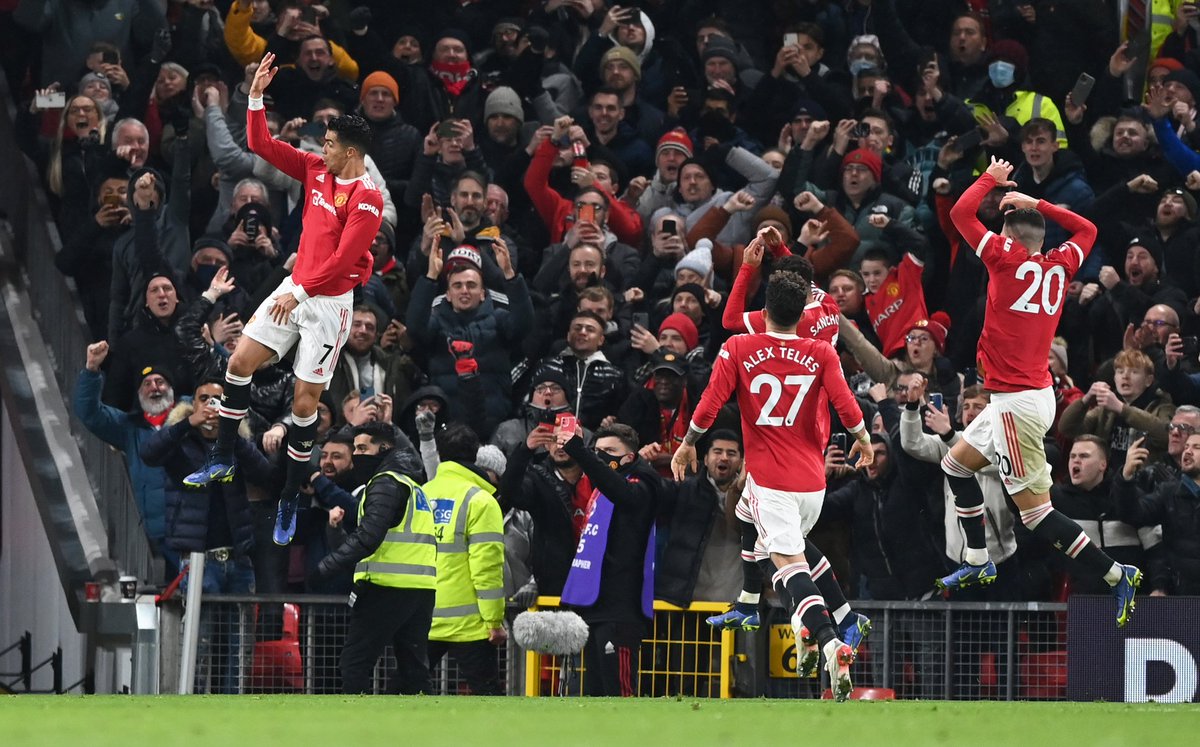 Three-time European champions Manchester United have ended their winless streak in the Premier League following the home win over Arsenal when the two traditional English teams met at the Theatre of Dreams on Thursday. Manchester United had not won in three league games before they played hosts to North London giants Arsenal. In the end, the Red Devils were able to put an end to their winless run via a 3-2 victory at the expense of the Gunners.

Manchester United had to do it the hard way after they came from behind to seal victory in what was the last game for caretaker manager Michael Carrick. Ex-Manchester United midfielder Carrick was named the caretaker manager shortly after Norwegian tactician Ole Gunnar Solskjaer was sacked as the permanent manager at Old Trafford. Experienced German tactician Ralf Rangnickwill take over from Carrick as interim manager until the end of the season.

In his three matches as the caretaker manager at Manchester United, Carrick had a record of two wins and a draw. In the first of those three matches, Cristiano Ronaldo and Jadon Sancho found the back of the net in the final quarter to propel Manchester United to a 2-0 away win over Villarreal in Group F.The victory ensured that Manchester United win the group despite having one more game to play. To this effect, the Red Devils would be seeded when the Champions League draw takes place later this month.

Carrick led Manchester United to an impressive away draw against league leaders Chelsea when the two teams met recently in the Premier League. The 69th minute penalty from Chelsea midfielder Jorginho cancelled out the opener from Manchester United winger Jadon Sancho five minutes into the second half as the two clubs settled for a 1-1 draw.

The Arsenal game was the final game for Michael Carrick who has impressed in his short time as the Manchester United manager.