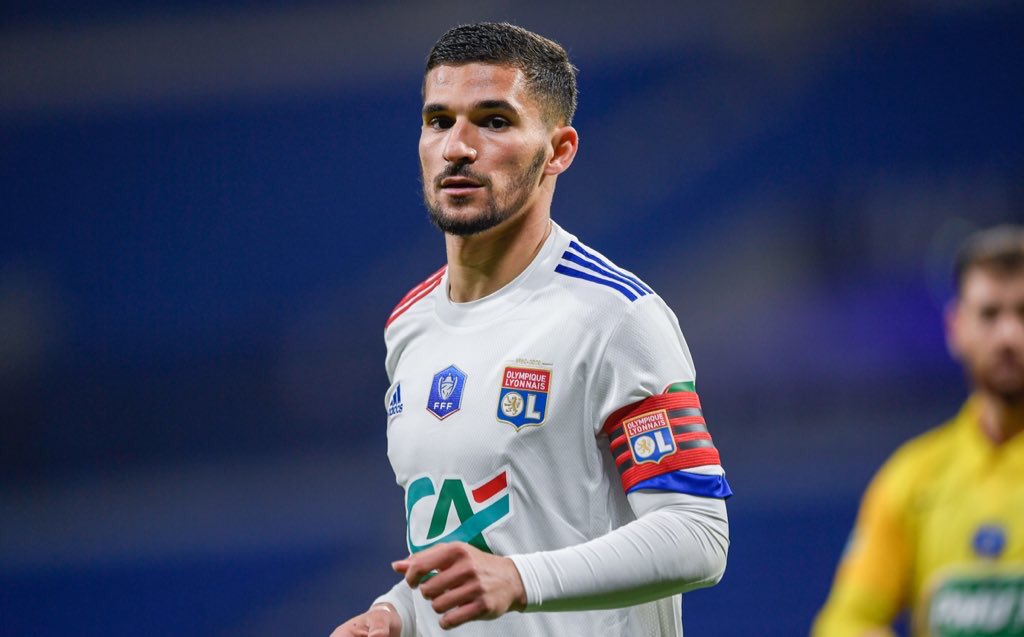 Three Premier League teams have joined Arsenal in the race to sign highly rated Lyon midfielder HoussemAouar according to the publication from the stables of ESPN. It was revealed that Liverpool, Tottenham Hotspur and Manchester United have all entered the race to sign the 23-year-old French national team player.

Arsenal and Italian giants Juventus were interested in Aouar last summer but they were unable to meet up with the €60m valuation of the player from Lyon. French giants Lyon have since lowered their asking price for the midfielder to around half with the club desperate funds from player sales due to the lack of finances at the club as a result of the effect of Covid-19.

While Juventus seemed to have move on from Aouar, Arsenal are still keen on signing him. The Gunners have him as one of their transfer targets for the playmaker role. Aouar produced the attacking return of seven goals and three assists in 30 appearances for Lyon in the league last season.

Apart from Manchester United, Tottenham Hotspur and Liverpool, Spanish champions Atletico Madrid also have an interest in Aouar. Despite the interest in the Lyon midfielder from various European clubs, the Gunners remain in pole position to sign the player.

Arsenal are ahead of Liverpool, Manchester United and Spurs in the race to sign Aouar. Liverpool have monitored the Lyon midfielder for some time and they could be tempted to make a bid for him especially with the reduced valuation from his Ligue 1 club. Tottenham Hotspur can capitalise on their good relationship with Lyon in the quest to sign Aouarafter they signed French international Tanguy Ndombele from the same club two years ago. For Manchester United, manager Ole Gunnar Solskjaer sees Aouar as the potential replacement for star player Paul Pogba if the Frenchman decides to leave Old Trafford amidst the interest from PSG.