The new season is nearly upon us and Manchester United have made a bright start in pre-season. There is still plenty of work to be done before the summer transfer window closes. Looking at the first ten fixtures that United have in the new Premier League season, there are some big games ahead for the Reds. 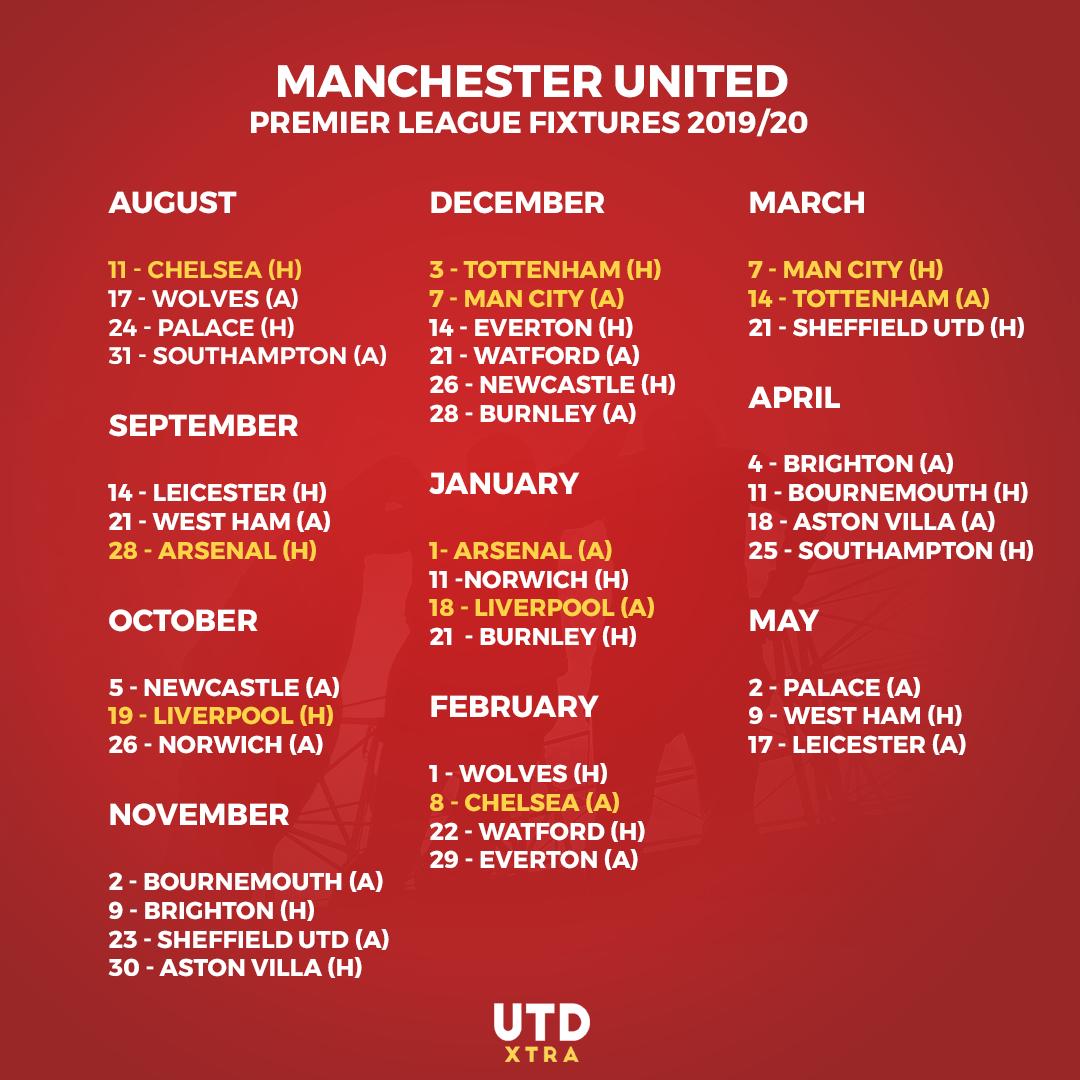 All these games will have plenty of betting opportunities available. If you are a fan of Premier league betting then a visit to onlinegamblingsites.com is a great idea allowing you to find the best sites to look at.

United’s first ten league fixtures are a mixture of games against their top rivals and winnable ones against teams unlikely to be challenging for honours this season. Their opening fixture falls into the tough game category as they host Chelsea on Sunday 11 August.

Last season saw United draw 1-1 at home with the Londoners. This could be the best time to meet the Blues as they get used to life without Eden Hazard and with new boss Frank Lampard. Chelsea still have a strong squad despite their transfer ban. Their away form against top teams last season was poor though, so hopefully United can get off to a winning start.

Next up for United is a trip to Wolverhampton Wanderers on Monday August 19. United lost at Molineux last season but again it might be the right time to play them with Wolves having Europa League qualifying games to play.

United’s second home game sees new signing Aaron Wan-Bissaka up against his former club Crystal Palace. The Londoners had one of the best away record last season, but this is a game United should be winning.

Two of their next three fixtures are away matches. Southampton looks a very winnable fixture, but big spending West Ham will be a difficult match.  United lost away to them last season but will West Ham’s new players have settled in by September 22?

Sandwiched in between those two away games is a home match against Leicester City. Will Harry Maguire be wearing a red or blue shirt that day? City have been big spenders, but this is one of those home games that United should be able to win.

The same can’t be said of their final two early season fixtures. September 30 sees them host Arsenal and then Liverpool on October 19. Neither of these games were won last season and United just can’t afford to give their rivals any advantage.

United drew too many games last season and they must convert those into wins this time around. Neither game will be easy with an electrifying atmosphere but winning at least one of these games is a must.

Their other away games are at Newcastle United and Norwich City. Not easy places to get wins at but a couple of wins should be United’s target as they bid to get their season off to a flying start.